So, I never thought a Kindergarten graduation could be so intense and be rehearsed and perfected so much. That was until I partook in a Korean Kindergarten graduation. They practiced for about 2 months, memorizing lines and learning cute dance moves.It was a little disconcerting to see these 6 and 7 year olds being pushed around and drilled so hard to memorize their lines and do a bunch of dances and songs. But in a way it was kind of interesting to see how much kids are actually capable of doing (but at what price?) It was quite the production. It was a fantastic show, and I had a lot of fun. It started off with the presentation of diplomas with a few speeches and songs. Then each class got dressed up in cute little outfits and did a skit and a dance. After that, all the Kinders did a group song and dance to the song "Summer Nights" from Grease. In between everything the boys did a Taekwondo act and the girls did a sign language song. They also did a Korean drum show and a variety show. In the variety show they had several groups of kids play as Korean pop stars and sing and dance to popular songs. It was really funny, especially since some of the foreign teachers had to be in the dance too. 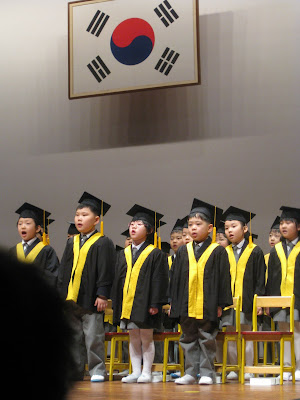 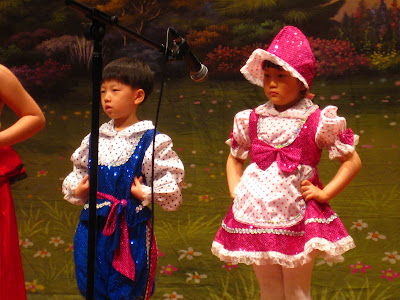 I was in one of the skits and had to say my lines in Korean. Yea. All the kids said their lines in English and I had to say mine in Korean. It was a Peter Pan skit and my lines went a little something like this: “Na Peter Pan anneya, Na Peter FAN ee-lagu. Na jome na jau!! ECC ga-sau su-eup he ya, dwen da maleya!” Which translates to – I’m not Peter Pan, I’m Peter FAN. Let me go! I have to go teach at ECC! 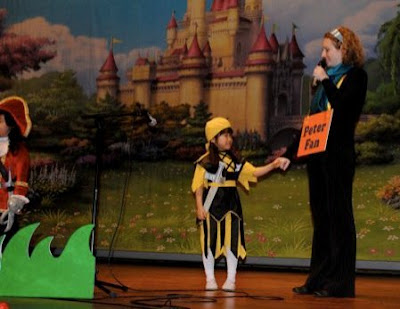 At the end of the show all of the foreign teachers got on stage with matching Superman hoodies and had to sing and dance to a Korean Superman song. I’m sure it was a great laugh to all the parents to hear us “sing” in Korean and do a funny dance. Overall, it went smoothly and all the kids did an excellent job. It was a bitter sweet goodbye. I was happy to be finished with all the graduation practices and all the end of the year stress, but it was a little sad to see those kids go.

Here is the song that we had to sing and dance to (with English subtitles). The dance is a little different though: