It's hard to eat Thanksgiving dinner with chopsticks

So last Thursday was Thanksgiving, and it was a little depressing to be working and not spending it with family, eating turkey, and watching football. I spent the whole day trying to explain to 5 and 6 year olds what Thanksgiving and turkey was. So anyways, all the foreign teachers, which are all Americans, decided to have our own Thanksgiving dinner that Sunday. We also thought it would be fun to invite all the Korean teachers too, so they could get a little glimpse of what we eat on Thanksgiving. After much debate we decided to have it at our place. That day Erica (another Kinder teacher) came over and we all cooked our assigned dish. Unfortunately none of the apartments have ovens, so that kind of put a cramp in our cooking. We made the mashed potatoes and corn, and Erica also made yummy carrots and deviled eggs :) So since they don’t have turkey here, we opted for the next closest thing – chicken. And well, since we don’t have ovens to cook a chicken, we decided to order it. Now, usually at school when we want to get food we have the Korean teachers order it for us, which works perfectly. But since we ordered it ourselves, it didn’t go as smoothly. We called and Erica ordered what we wanted and how many, it took a little while for her to understand and then she kept talking and saying stuff in Korean, and then I got on the phone and told her where we lived (which was an accomplishment in itself). We hung up and weren't really sure what happened, but knew we ordered something. A little while later the delivery man was at our door and he had one tiny little box of chicken in his hand. Well, we got the chicken we wanted but we needed a little more than one tiny box to feed 20 people – we thought we ordered 4 boxes. So then we ordered again from another place and somehow ordered 3 more boxes correctly. :) The feast turned out pretty good. Everything tasted great. We had a lot of the Korean teachers show up too. After eating we played this fun Korean game, which is sort of like jacks. 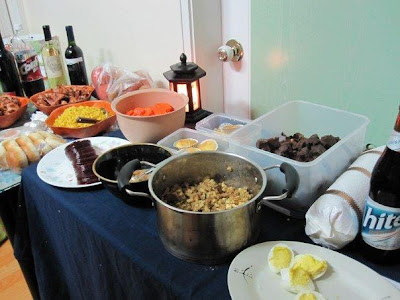 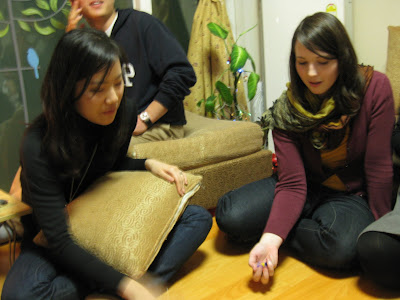 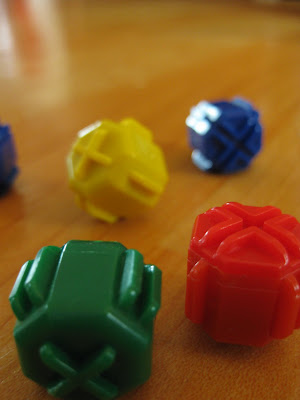 On Saturday a few of the other teachers and I went to this store called Home Plus, which I don’t know why we hadn’t discovered sooner. It’s a big grocery/home goods store that has more American food than anywhere else. Not a whole lot, but they have things like block cheese, American beers, salad dressing, and the thing I was most excited about - GOLDFISH!!! :)

On Sunday we went to the “Wii Bong”, which is this cool place where you pick out a game, order a coke or hot chocolate, and then they take you to your own personal room and just play Wii. It was a lot of fun. We played Mario party, and it was hard to decipher a lot of the directions since everything was in Korean. 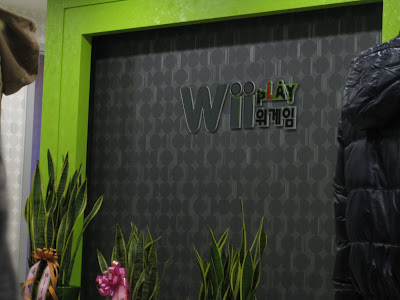 On a side note, an example of some corporal punishment in the Korean schools. Last week one of my afternoon elementary students told me that her friend got in a fight and so the teacher grabbed her by the hair and threw her on the ground and kicked her….She might have been trying to say that the other girl did that – but I’m pretty sure she said the teacher did. I asked her like 3 times. And it surprises me a little, but Korean teachers don't mess around with punishment - they can do whatever they want to the students. They like to pick them up by their ears too.

Top 5 things I miss (besides friends and family):

5. Real pizza. (you know without mayonnaise and corn)

3. Driving (though sometimes it’s kinda nice not having a car)

1. A Dryer! (I've never appreciated dryers as much as I do now. I hate hanging my clothes, and they are always so stiff.) 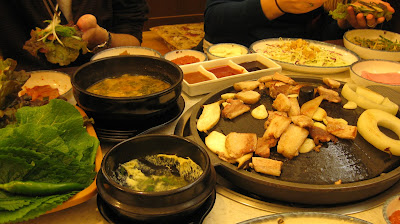